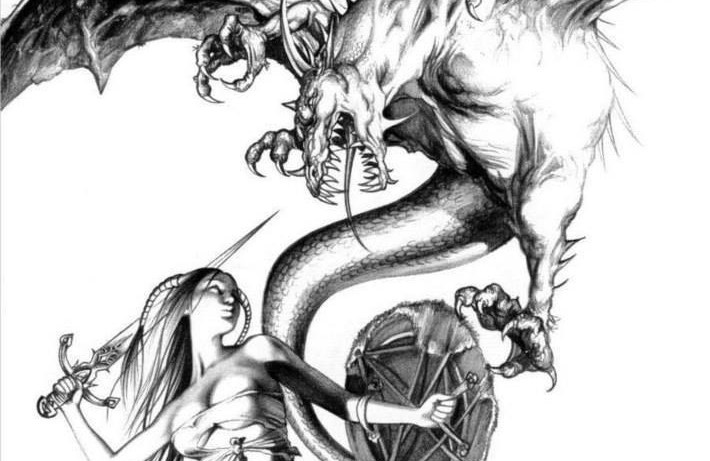 Friends on the Fringe Part 2: How to Terrify Your Partner

You ever send a text and then immediately wish you could un-send it? You sit there more-or-less holding your breath, staring near-maniacally at your screen, waiting for the animated dot-dot-dot to tell you someone on the other end is mid-reply?

No? Yeah…yeah, totally. Me neither.

“I hear you and Mr. Jones have gotta thing” was likely just about the last note Mrs. Jones expected to pop up on her screen when she saw that Elle was texting.

I realized that I had—characteristically—been just about as subtle as a jackhammer. So I nervously awaited Mrs. Jones’ reply, metaphorically kicking myself for being so brash. (I mean, I was still mid-pedicure. I couldn’t literally kick).

You, WGT readers, will be completely unsurprised to hear that she received my note with both good humor and uncommon grace.

After I had broken the ice…who am I kidding? After I had crushed the ice fine enough to make daiquiris, we chatted a bit about how and when I’d found out. I managed—I hope—to reassure her that they had our love, respect, and support no matter what. I wanted her to understand that knowing didn’t change how much we valued their friendship (it wasn’t until much later that I would realize it did actually end up changing how we felt; it made us admire them even more). Then Mrs. Jones typed, “Well, I guess we should have you guys over for dinner soon.”

I went home that day and told Ess what I’d done and what Mrs. Jones had said, and we talked about how it would be really nice to meet them sometime soon to talk about how this all had gone down for them, and also to see if we could get some advice. We agreed that we liked and trusted them enough to tell them about our non-monogamous curiosity—something we had not shared with anyone beyond ourselves, up to this point. We knew their big secret (well, not-so-secret anymore, but you get what I mean), and we felt totally comfortable with the idea of opening up to these two good people with our secret, in light of that.

So, here’s the thing: Everyone’s got a personal dragon or two to slay, right? You’ve now met one of mine—the occasional super-deplorable lack of subtlety. Its good-time twin, unfortunately, is my innate tendency toward impetuousness.

It just worked out that the very next day the four of us were able to meet up at a local brewery. Please note: The intent was not to talk about LS stuff at that time. Though Ess and I had agreed we’d like to talk to the Joneses about these things, we did not discuss or agree to do it today in a very public venue. Ah, but such details are sometimes lost on Impetuous Elle.

Approximately three seconds after we began hanging out, I started in with questions. If Ess was perturbed, he didn’t let on. The Joneses were fantastic. Two breweries and about three hours later, we had discussed everything from their entrance into the LS, The Outing and what they’d done in response it, to their podcast and website and emerging role as LS ambassadors, to our own interest and curiosity about entering the LS. If you can imagine a cross between a hyper-curious three-year-old and a rabid fangirl, then toss in some fairly-tipsy feeble flirtatiousness, you’ve probably got a pretty good impression of how I came across. Ess, bless his heart, is used to me. He didn’t flinch.

[ASIDE: If you’re curious about the Jones’ take on this, you’ll find that Mrs. Jones briefly references the evening in WGT podcast episode 51. Because of me, we rather aptly became part of their “Awkward Lifestyle Encounters” episode. Sigh. If you can’t be famous, be infamous, am I right?]

Lest you think that brashness and impulsivity are my only charming vices, I should probably tell you that I am actually the mother of three dragons: The third one is a slight inclination toward obsessive curiosity.

After Mr. Jones recommended that we listen to some episodes of their podcast to get a more complete feel for how the lifestyle works, I spent the next weeks checking out at least 30 installments, listening daily during my work commute. I started from the beginning and worked up through The Outing, then skipped around after that, choosing topics that most interested or intrigued me.

I was impressed. I was fascinated. I was hooked. I was…scaring Ess to death.

I know I’ve copped to being the mother of three dragons in need of slaying, but I’m realizing that there are actually more. A significant one, it turns out, is this: While I am very, very good at self-awareness, I am sometimes very, very slow to gain it.

While I binged episode after episode of WGT and came home chattering about it to Ess almost daily, he became more and more quiet in response. To my 30, he had tuned in to 2 or 3. Suddenly, I realized that the man who had originally pitched the idea of swinging to me, who had talked about it with me freely and enthusiastically many times in the past, was now visibly withdrawing from the idea. Could it be that my frenetic quest to get caught up with the Joneses and learn all the things right now was somewhat concerning to a more reasonable and reserved human being?

I did a little reflecting on my behavior and realized (belatedly, of course) that I had been hearing what the Joneses were saying in the podcast, but not necessarily listening to what they had been saying:

Respectful communication with my partner is not the most important thing, it is the thing. The thing to have before attempting to have any other thing. Without that thing, we’ve got no thing. And communication means listening as well as talking. It means reading nonverbal signals as well as listening.

And, most importantly: If either one of us isn’t ready, then we aren’t ready.

Friends, do not be sad. This is not the end of the story. Mr. and Mrs. Jones have asked me to continue to write the saga of our journey and share it with WGT. Ess and I discussed it and he’s given me the thumbs-up to continue writing as we continue exploring, together.

There’s already more to tell, but you’ll just have to wait for Part 3.