We’ll start out by saying that we’ve been married long enough for it to have been a long time since either of us has considered ourselves among the ‘dating pool.’ Suffice it to say, the world of finding and attracting others has changed quite a bit in the ensuing years, and we’re not too proud to say that we feel pretty out of practice. But we had been talking about inviting others into our intimate life and we  had been listening to We Gotta Thing, and we had even attended a couple of lifestyle events to see what it’s all about. So not too long ago, we decided it was time to join Double Date Nation and dip our toes into the pool, together. Here’s how it went… 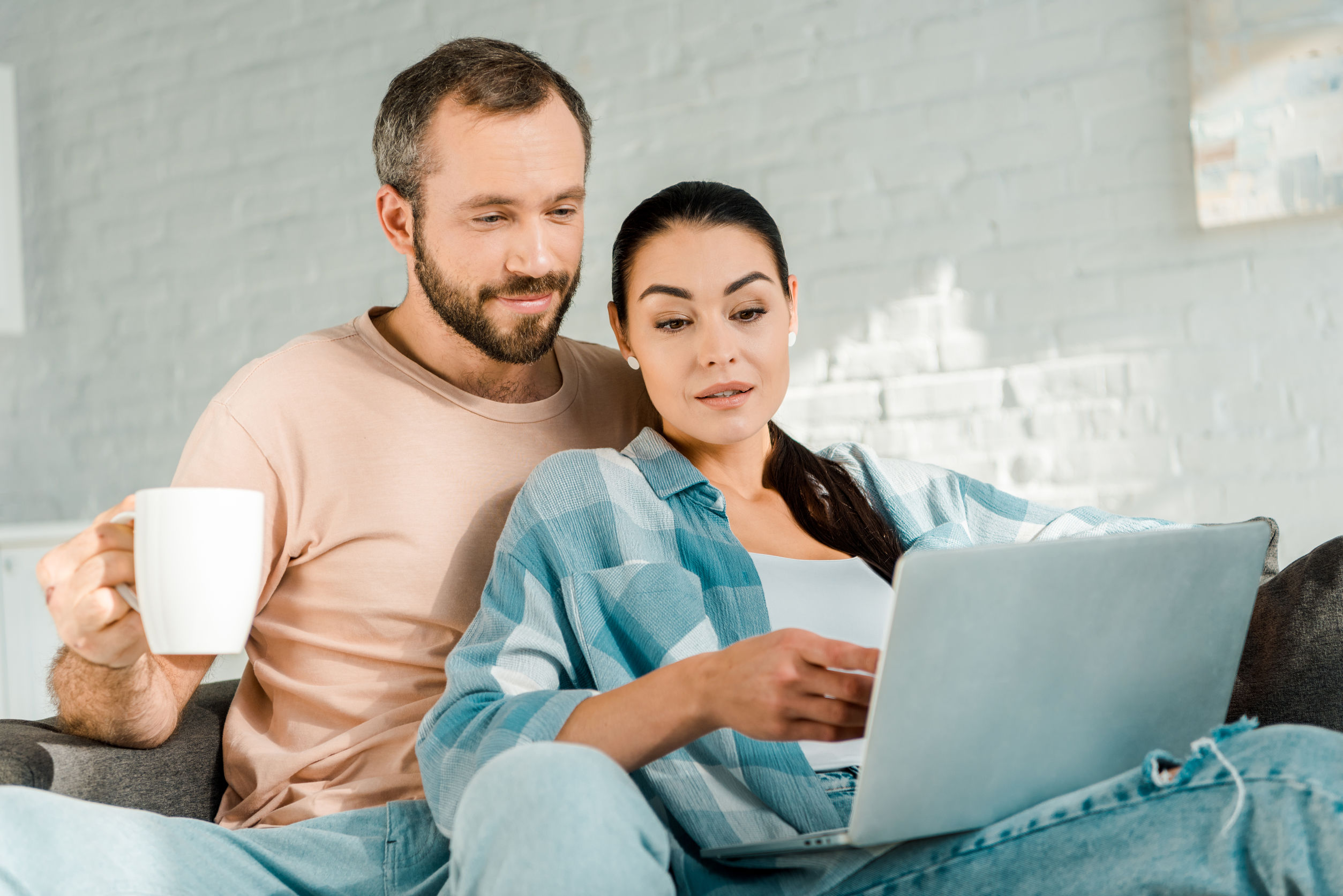 First off—bit of a plug here for DDN—the site is really easy to use and navigate. We’re not computer troglodytes or anything, but we were a little worried that it would be complicated or confusing to figure out. Not at all. DDN has really created a user-friendly site. DDN does a lot to protect its users, too. We feel safe with our information on this site, although we don’t exactly put our faces and names and real identities out there (more on that below).

Following the wisdom of WGT (did you know they also have a mini course on how to set up a profile?!), we spent a good deal of time talking with each other about our “why” even before we approached the “how” of creating an online profile. We’re not kidding when we say that our pre-profile couple talks brought us closer in our intimate lives than we’d been since…well, ever. We asked and answered questions we had never really given ourselves permission to discuss before. The more we talked, the more excited (read: terrified but enticed) we became to set up a profile, put ourselves out there, and see who responded.

The more we talked, the more excited (read: terrified but enticed) we became to set up a profile, put ourselves out there, and see who responded.

Before we joined DDN, we created a gmail account for our swinger couple identity. The hardest part of all of this was coming up with and agreeing on a name for our gmail and DDN accounts that seemed sexy-but-n0t-weird! It seems like it took forever (along with a lot of giggles and groans) for us to come to an agreement, but when we finally had it — we both agreed it was just right for us. That part over, the next thing we did was go through our photos and pick out ones we were willing to share (minus our faces). Our goal was to send the message that we are a devoted we. What attracts us to other couples is their fire and love for each other, so we wanted to portray that about ourselves. Lots of profiles seemed to have pictures of just her as the main photo, but we chose a couple shot that gave a good hint at who we are and what shape we are, without showing our faces or other clues to our exact identities.

Which  brings us to this important point: We are not “out.” Our family and friends and community and business associates do not know that we are dipping our toes into the lifestyle. We’re not against anyone who is very very open and out about it, but we’re not there yet. We don’t know if we ever will (or can) be. We don’t think we’re alone. As a matter of fact, we know we aren’t. Seems like lots of folks in the lifestyle covet ‘discretion’ and prefer to keep their faces and identities private until things have moved along to meeting up. For that reason, we selected photos that showed our physical selves minus our faces, clothed, so that profile viewers could get an honest idea of our sizes, shapes, etc. We also created a private folder of photos that showed a little bit more skin, but nothing overly sexual. Some people do, we know. We chose not to because that felt right to us.

The next part, writing a “bio” was the most daunting part of the whole thing. It became clear to us that more isn’t necessarily better, but too little is…well, too little. We wanted to do this profile as a team effort, but in the case of our bio, one of us wrote it and presented it to the other and then we revised and tweaked it together. We opted not to do the thing where each member of the couple writes a blurb about the other. We like reading those, but we did ours as a unit instead. We’re not going to lie — there was much agonizing over the bio. It’s not easy to sum up who you are as a couple succinctly while hoping to be attractive, but definitely not creepy, wanting to be your authentic selves, but also second guessing how your sense of humor and personality might come across onscreen to someone who hasn’t met you yet. In the end, we talked a lot about which profile bios most attracted us (and which didn’t). We sort of mimicked those ones we liked, but tried to insert our own personalities.

Here’s what we want to tell couples who are considering creating a profile: The process alone was worth it.

Once pictures and the bio had been selected and uploaded, the next part was pretty fun and more than a little instructive. This is the part where you check boxes of things you enjoy, or don’t, so that others get a sense of your compatibility. The Joneses aren’t kidding when they say that this can be pretty arousing. We found that even after years together, we had things to learn about each other — and that was very sexy and exciting!

Here’s what we want to tell couples who are considering creating a profile: The process alone was worth it. We may write a follow-up blog about how our profile was received by the community, how we fielded interested couples and interacted online with others, etc.  For now, know this: The conversations we had as a couple intensified our intimate relationship and the process of defining who we are together, and what we want out of our intimate lives, and how we see each other and want to be seen…all of that made creating an online couple’s profile worth it, even if no one ever responded. (Spoiler alert: they did).